Erectile dysfunction (ED) is a highly common problem, affecting pretty much every man at one point or another. It has a profound effect on mood, feelings of self worth and quality of life, leading to anxiety and/or depression. Although traditionally linked to older men and health issues, ED is rapidly increasing in frequency and has become a common problem even in young men. The topic we will address in this article is whether red light can be of any use to the condition.

The causes of erectile dysfunction (ED) are numerous, with the most likely cause for an individual depending on their age. We won’t go into these in detail as they are too numerous, but it breaks down into 2 main categories:

Also known as psychological impotence. This type of neurotic social performance anxiety usually stems from previous negative experiences, forming a vicious cycle of paranoid thoughts that cancel arousal. This is the main cause of dysfunction in younger men, and for various reasons is rapidly increasing in frequency.

Various physical and hormonal issues, usually as a result of general ageing, can lead to problems down there. This was traditionally the leading cause of erectile dysfunction, affecting older men or men with metabolic issues like diabetes. Drugs like viagra have been the go-to solution.

Whatever the cause, the end result involves a lack of blood flow into the penis, a lack of retention and thus an inability to start and maintain an erection. Conventional drug treatments (viagra, cialis, etc.) are the first line of defense offered by medical professionals, but are by no means a healthy long term solution, as they will upregulate nitric oxide’s effects (aka ‘NO’ – a potential metabolic inhibitor), stimulate unnatural blood vessel growth, harm unrelated organs such as eyes, and other bad things…

Can red light help with impotence? How does the efficacy and safety compare to drug based treatments?

This is the technical term for ‘more blood flow’, due to dilation (increase in diameter) of blood vessels. The opposite is vasoconstriction.

Many researchers note that vasodilation is stimulated by light therapy (and also by various other physical, chemical and enivornmental factors – the mechanism by which the dilation comes about is different for all the different factors though – some good, some bad). The reason that improved blood flow helps erectile dysfunction is obvious, and is necessary if you want to cure ED. Red light could potentially stimulate vasodilation through these mechanisms:

As we’ve discussed in another blog post, red light used appropriately may aid in maintaining natural testosterone levels. While testosterone is actively involved in libido (and various other aspects of health), it plays a vital, direct role in erection. Low testosterone is one of the main causes of erectile dysfunction in men. Even in men with psychological impotence, an increase in testosterone levels (even if they were already in the normal range) can break the cycle of dysfunction. While endocrine problems aren’t necessarily as simple as targetting a single hormone, light therapy seems of interest in this area.

Not necessarily something you would link to ED, thyroid hormone status is actually a primary factor[12]. In fact, bad thyroid hormone levels are detrimental to all aspects of sexual health, in men and women[13]. Thyroid hormone stimulates metabolism in all cells of the body, in a similar way to red light, leading to improved CO2 levels (which mentioned above – is good for ED). Thyroid hormone is also the direct stimulus that the testes need to start producing testosterone. From this perspective, thyroid is a sort of master hormone, and seems to be the root cause of everything linked to physical ED. Weak thyroid = low testosterone = low CO2. Improving thyroid hormone status through diet, and even perhaps through light therapy, is one of the first things that should be attempted by men wanting to address their ED.

Another key hormone in the impotence world. High prolactin levels literally kill an erection[14]. This is best shown by how prolactin levels skyrocket in the refractory period after orgasm, significantly reducing libido and making it hard to ‘get it up’ again. That’s just a temporary issue however – the real problem is when baseline prolactin levels rise over time due to mixture of diet and lifestyle influences. Essentially your body can be in something similar to that post-orgasmic state permanently. There are several ways to tackle long term prolactin issues, including by improving thyroid status.

Going by the research, the most commonly studied lights output either red or near-infrared light – both are studied. There are several factors to consider on top of that though:

Various wavelengths have a potent effect on our cells, but there’s more to consider. Infrared light at 830nm penetrates much deeper than light at 670nm for example. The 670nm light is thought to be more likely to dissociate NO from mitochondria though, which is of particular interest for ED. Red wavelengths also showed better safety when applied to the testes, which is important here too.

Heat. Applying heat to genital area is not a good idea for men. Testes are extremely sensitive to heat and one of the primary functions of the scrotum is heat regulation – maintaining a temperature lower than normal body temperature. This means any source of red/infrared light that also emits a significant amount of heat will not be effective for ED. Testosterone and other measures of fertility helpful to ED will be harmed by inadvertently heating the testes.

Blue & UV. Extended exposure of blue and UV light to the genital area will have negative effects on things like testosterone and in the long-term general ED, due to the harmful interactions of these wavelengths with mitochondria. Blue light is sometimes reported as beneficial for ED. It’s worth noting that blue light is linked to mitochondrial and DNA damage in the long term, so, like viagra, probably has negative long-term effects.

Using a source of red or infrared light anywhere on the body, even unrelated areas like the back or arm for example, as a proactive anti-stress therapy for extended periods (15mins+) is something that many online have noticed beneficial effects from on ED and also morning wood. It seems that a large enough dose of light anywhere on the body, ensures molecules like CO2 produced in the local tissue enter the blood stream, leading to the beneficial effects mentioned above in other areas of the body. 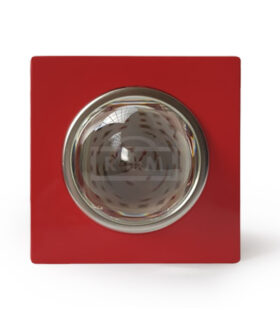 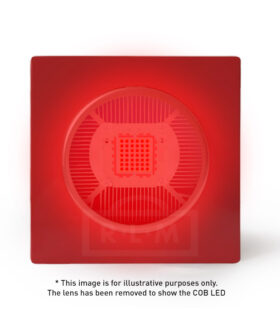