Arthritis is the leading cause of disability, characterised by recurrent pain from inflammation in one or more joints of the body. While arthritis has various forms and is typically associated with the elderly, it can actually affect anyone, regardless of age or gender. The question we will answer in this article is – Can light be used effectively for treatment of some or all types arthritis?

Some sources of near infrared and red light have actually been used clinically for the treatment of arthritis since the late 1980s. By the year 2000, enough scientific evidence existed to recommend it for all arthritis sufferers1 regardless of cause or severity. Since then there have been several hundred quality clinical studies trying to refine the parameters for all joints that can be affected. The effectiveness is apparent in some people, as this news report shows:

As of this year, some forms of appropriate light therapy are regarded as a reliable treatment for the pain of arthritis, but could perhaps also be a proactive health tool against the root causes of osteoarthritis, rheumatoid arthritis and various other inflammatory joint issues. The interest regarding use of light on arthritis should come as no surprise, as pain relief and accelerated healing are the most well studied effects of light therapy.

Light therapy and its use on arthritis

The first major symptom of arthritis is pain, often excruciating and debilitating as the condition progresses. This is the first way in which light therapy is studied – by potentially reducing the inflammation in the joint and thus reducing the pain. Practically all areas have been studied in human clinical trials including on; the knees5-12, 33, shoulders15,38, jaw26,27,36,37, fingers/hands/wrists14,15,40, back34,35, elbows, neck17,29 and ankles/feet/toes.

The knees seem to be the most well studied joint in humans, which is understandable considering it is perhaps the most commonly affected area. Arthritis of any type here has serious implications like disability and inability to walk. Fortunately most studies using red/IR light on the knee joint show some interesting effects, and this is true over a wide range of treatment types. Fingers, toes, hands and wrists appear to be the simplest to address of all arthritic problems, due to their relatively small size and shallow depth.

Osteoarthritis and rheumatoid arthritis are the major types of arthritis being studied, due to their prevalence, although there is reason to believe the same treatment might be of interest for other types of arthritis (and even unrelated joint problems such as injury or post-surgery) such as psoriatic, gout and even juvenile arthritis. Treatments for osteoarthritis tend to involve direct application of light over the affected area. Successful treatments for rheumatoid arthritis can be the same but some also involve application of light to the blood18,19,21. As rheumatoid arthritis is an autoimmune condition this makes sense – the joints are just the symptom, the actual root problem is in the immune cells.

The mechanism – what red/infrared light does

Before we can understand the interaction of red/IR light with arthritis, we need to know what causes arthritis.

Arthritis can be the result of chronic inflammation of a joint, but can also develop suddenly, after periods of stress or injury (not necessarily injury to the arthritic area). Usually the body is able to repair the daily wear and tear on joints, but can lose this ability, leading to the onset of arthritis.

The list of causes goes on, with many factors potentially playing a role. While the exact cause of arthritis is still debated in general (and different for osteo / rheumatoid etc.), it’s obvious there is some connection to lowered energy production and the downstream effect that has on the body, eventually leading to the joint inflammation.

Early treatment of arthritis with ATP (the cellular energy metabolism product) had positive results20, and this is the same energy molecule that red/IR light therapy helps our cells to produce….

The main hypothesis behind light therapy is that red and near infrared wavelengths of light between 600nm and 1000nm are absorbed by our cells39, increasing natural energy (ATP) production. This process is termed ‘photobiomodulation’ by researchers in the field. Specifically we see an increase in mitochondrial products such as ATP, NADH, and even co2 – the normal result of a healthy, unstressed metabolism.

It even seems that our bodies have evolved to be penetrated by, and usefully absorb, this type of light. The controversial part of the mechanism is the specific chain of events on the molecular level, of which there are several hypotheses:

Much of life (on the cellular level) is not yet understood and red/IR light seems to be fundamental to life in some way, much more so than many other colours/wavelengths of light. Based on the evidence, it seems likely that both of the above hypotheses are happening, and probably other as yet unknown mechanisms too.

There is plenty of evidence of a broader systemic effect from irradiating veins and arteries anywhere on the body, plus increased blood flow/microcirculation and reduced inflammation locally. The bottom line is that red/IR light reduces local stress and so helps your cells to function optimally again – and the cells of the joints are no different in this.

Ensuring penetration to the joints

The two main things affecting tissue penetration are the wavelengths and the strength of the light hitting the skin. In practical terms, anything below the wavelength of 600nm or over the wavelength of 950nm won’t penetrate deeply. The 740-850nm range seems to be the sweet spot for optimal penetration and around 820nm for maximum effects on the cell. Strength of the light (aka power density / mW/cm²) also affects penetration with 50mW/cm² over a few cm² area being a good minimum. So essentially, this boils down to a device with wavelengths in the 800-850nm range and greater than 50mW/cm² power density. 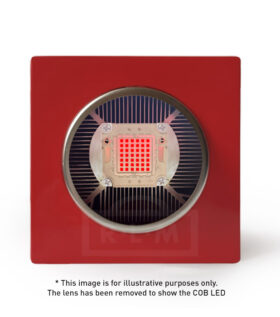 50 thoughts on “Light Therapy and Arthritis”